There I was, minding my own business and reading Jonathan V. Last’s Triad newsletter at The Bulwark, when I came across this item.

It’s been a while since and I know that this if [sic] frivolous, but this just happened: 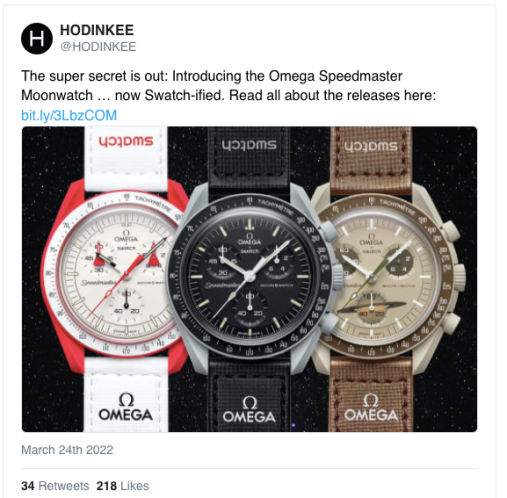 I have no words.

Taking the iconic Speedmaster Professional—the watch that went to the frickin’ moon—and turning it into a candy-colored hunk of plastic quartz . . . this is an abomination. An offense against God and nature. It’s like the Louvre partnering with Oscar Mayer to sell a Bologna Lisa.

So here’s my question, Doc: Do you want to see the Bologna Lisa as badly as I do?

We’ll get to the art part shortly but first, commerce. 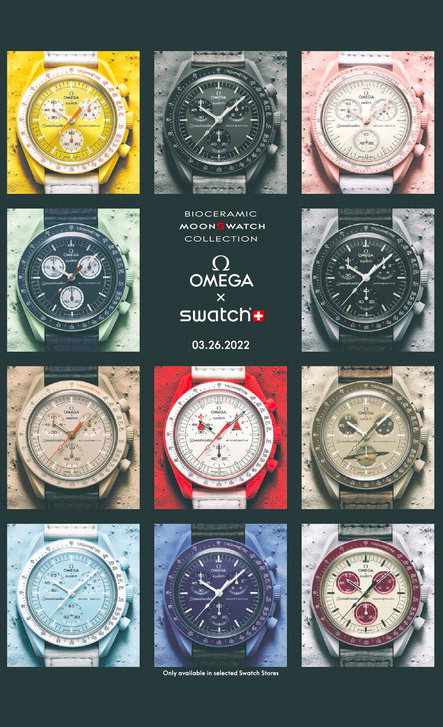 And here’s the press release from Swatch.

Swatch and Omega come together for an innovative take on the legendary Speedmaster Moonwatch.

Outer space inspires a new collection of eleven BIOCERAMIC watches named after planetary bodies that will have you reaching for the stars.

The Omega Speedmaster Moonwatch is legendary and a must-have for collectors. BIOCERAMIC Moon-Swatch collection makes the iconic design accessible to fans everywhere.

The Doc assumes that JVL would like nothing better than to stick the whole thing in a Falcon Heavy and fire it into the sun, but he’s distinctly in the minority according to this Gear Patrol piece by the site’s watch writer, Zen Love (apparently his real name).

This Omega x Swatch Collab Is Breaking the Internet

An unexpected collaboration has watch fans over the moon. Omega and Swatch have teamed up to offer a collection of 11 models of what they’re calling the MoonSwatch. Recreating the exact proportions and design of the famous Omega Speedmaster Moonwatch, these are quartz watches in Bioceramic cases…and they cost $260.

The Speedmaster is an absolute basic of watch collecting, but its current version costs around $6,400. The chance to get it for a mere fraction of that — with a dial actually co-signed by Omega itself — is exciting for a lot of people. Let’s face it, though, even if you already have a Moonwatch, or never even wanted one (which is hard to imagine), these are just fun.

Yeah, tell that to JVL.

(Not to get technical about it, but Mr. Love never does explain exactly how the MoonSwatch is breaking  the Internet.)

As for the Bologna Lisa, the Doc did find a bunch of Lisa Bolognas, but none of them seem to have an enigmatic smile. Your punchline goes here.