There I was, minding my own business and tooling around ESPN.com, when I came across Ronald Blum’s Associated Press piece. 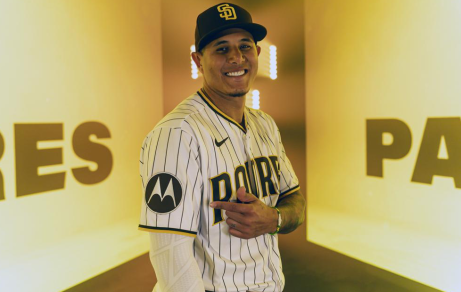 NEW YORK (AP) — There will be a new pitch on Major League Baseball fields next season.

The San Diego Padres became the first team to announce a deal for ads on their uniforms, saying Tuesday that patches with a Motorola logo will be worn on the sleeves of their jerseys.

The March 10 memorandum of understanding for a new collective bargaining agreement between MLB and the players’ association gave the 30 teams the right to sell patch ads on uniforms and sticker ads on helmets. The sides adopted an Aug. 6, 2021, proposal by MLB to amend a section of the Official Baseball Rules which states: “No part of the uniform shall include patches or designs relating to commercial advertisement.”

Here’s what MLB is proposing: “Notwithstanding the foregoing or anything else in these rules, a club may license to third-party commercial sponsors the right to place their name, logos and/or marks on the uniform, provided that the patch or design is approved in advance by the Office of the Commissioner after consultation with the players’ association.”

What the hell, Doc – are baseball players as brand billboards the new national pastime?

You’re not the only one exercised about the branding of baseball players, at this letter to the San Diego Union-Tribune attests.

Corporate logos on Padres uniforms are a bad call

Re “Motorola patches to land on Padres jerseys in 2023” (April 19): I had read in the U-T that corporate advertising was going to be allowed on uniforms this year, but as far as this San Diego Padres fan is concerned, adding Motorola’s “batwing” logo to the team’s jersey is in poor taste and just clutters an otherwise classically great uniform.

It’s only a matter of time until the Padres Friar will have a “Support Your Local Developer” stitched onto the back of his robe, and Padres jerseys will look more like pro soccer’s, where the teams’ cities have disappeared and been replaced by only the corporate sponsor(s’) logo(s).

That’s not even the worst of it, though. The NHL is following suit, as Michael Silverman notes in the Boston Globe.

Ads on NHL jerseys are coming, but Bruins will insist on ‘the right fit,’ says Cam Neely 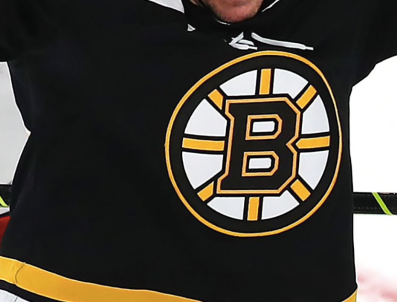 The Boston Bruins jersey is “sacred ground” to Cam Neely.

So even though the National Hockey League will allow teams to sell advertising space on jerseys beginning next season, the Bruins are willing to wait until they find a corporate partner that rises to the occasion.

“I want to stress that if it’s not the right fit, we’ll hold off until we find the right fit,” said Neely, the Bruins president. “Being a former player that wore the jersey and being proud to wear an Original Six franchise jersey, that’s why for me it really has to be the right partner — it’s not necessarily who’s writing the biggest check.”

We’ll believe that when we see what shows up alongside the Bruins spoked B.