Well the Doc opened the old mailbag today and here’s what poured out:

I am very concerned about the future of newspapers. According to the latest World Press Trends survey of the World Association of Newspapers and News Publishers, in North America “[c]irculation was down by 6.6% year-over-year, and by 13% since 2008 [and] advertising revenues were down by 7.6% over 1 year and by 42.1% over 5.”

So here’s my question: Seen any good newspaper ads lately that might cheer me up??

You’re in luck – I just saw two, both on the same page of last Thursday’s Boston Herald: 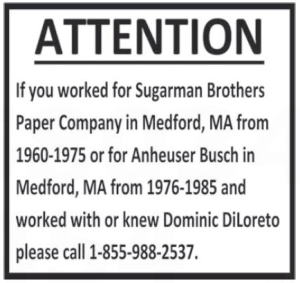 So why do I single these two out? (Actually can you single out two?  I dunno, but I just did.)

A couple of reasons:

#1 Because they have an element of intrigue.

#2 Because they could represent a new category of revenue for newspapers: Did You Work With ads.

Here’s what the Doc finds intriguing about the James Reera ad. Plug “Priscilla Colburn” into the Googletron and you get this Facebook post:

Hmmm. That’s just for starters. We’ll do some more digging here and get back to you guys soon.